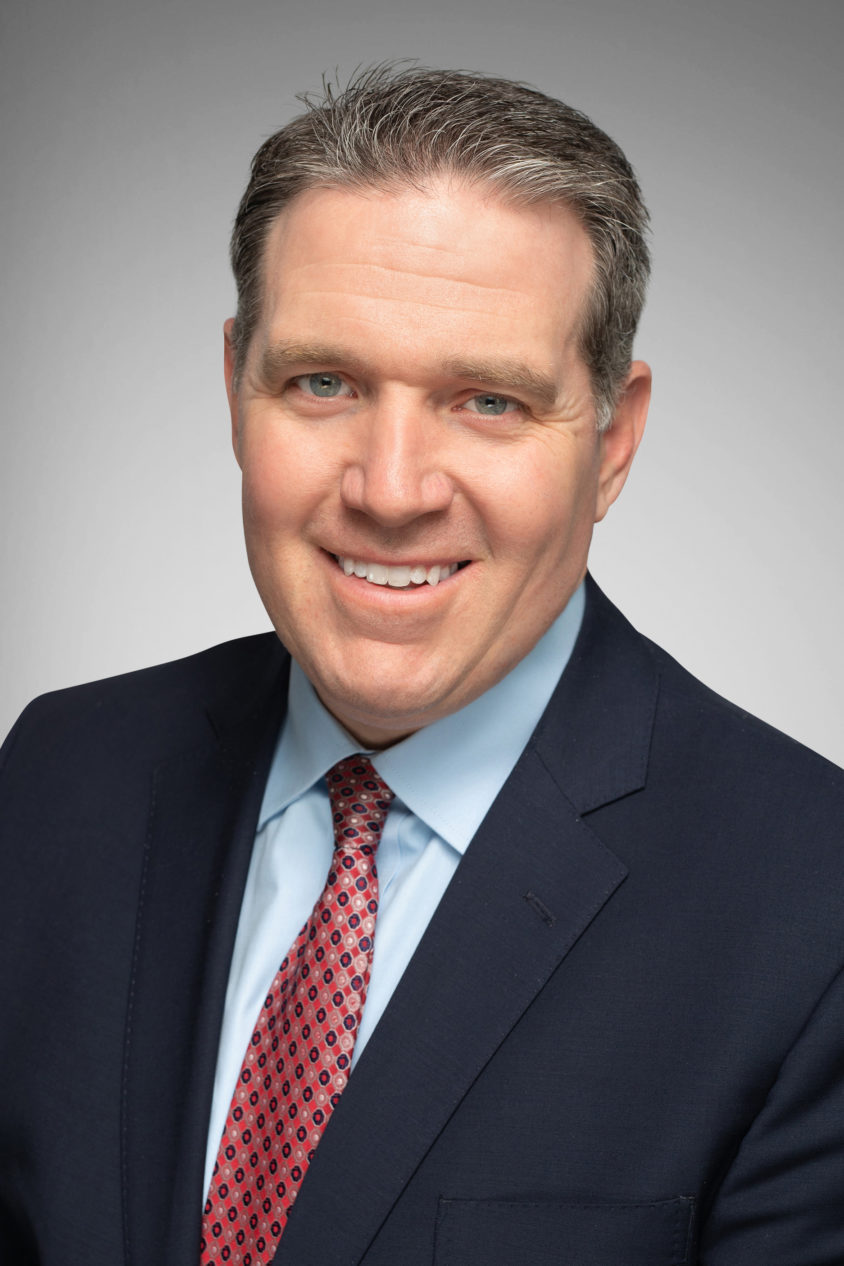 Doug Wilson is the founder and president of Integrated Telehealth Partners (ITP), PMC’s telehealth division. Doug has been involved in the telepsychiatry industry since 2010. Having worked with psychiatric providers since 2003, Doug has experience and success in recruiting psychiatrists which is one of the key management services that PMC provides its partner facilities. In 2019, PMC gained Integrated Telehealth Partners as its third division allowing the company to provide timely access to behavioral healthcare for patients of all ages via telepsychiatry.

Doug is a behavioral health advocate and regularly presents at government agencies and mental health organizations. 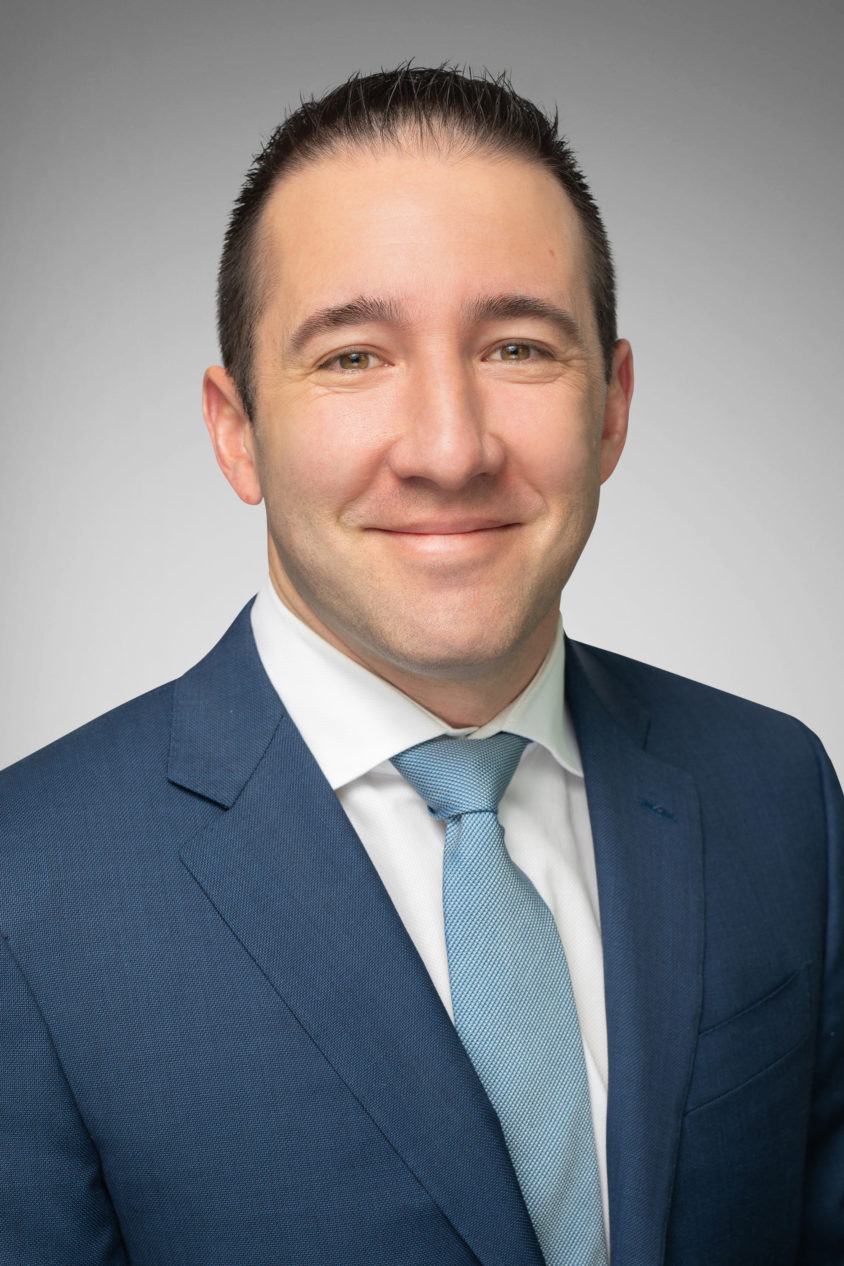 Tony comes to PMC with experience in behavioral and mental health in the post-acute care setting.

Prior to joining PMC, Tony worked as a Regional Director of Business Development establishing partnerships with skilled and long-term care facilities bringing assistance to patients and residents in need of mental health services both in major metro areas as well as rural communities. Additionally, Tony has worked in senior living, home health, and telehealth.

Tony earned his bachelor’s degree in marketing from Jacksonville University. 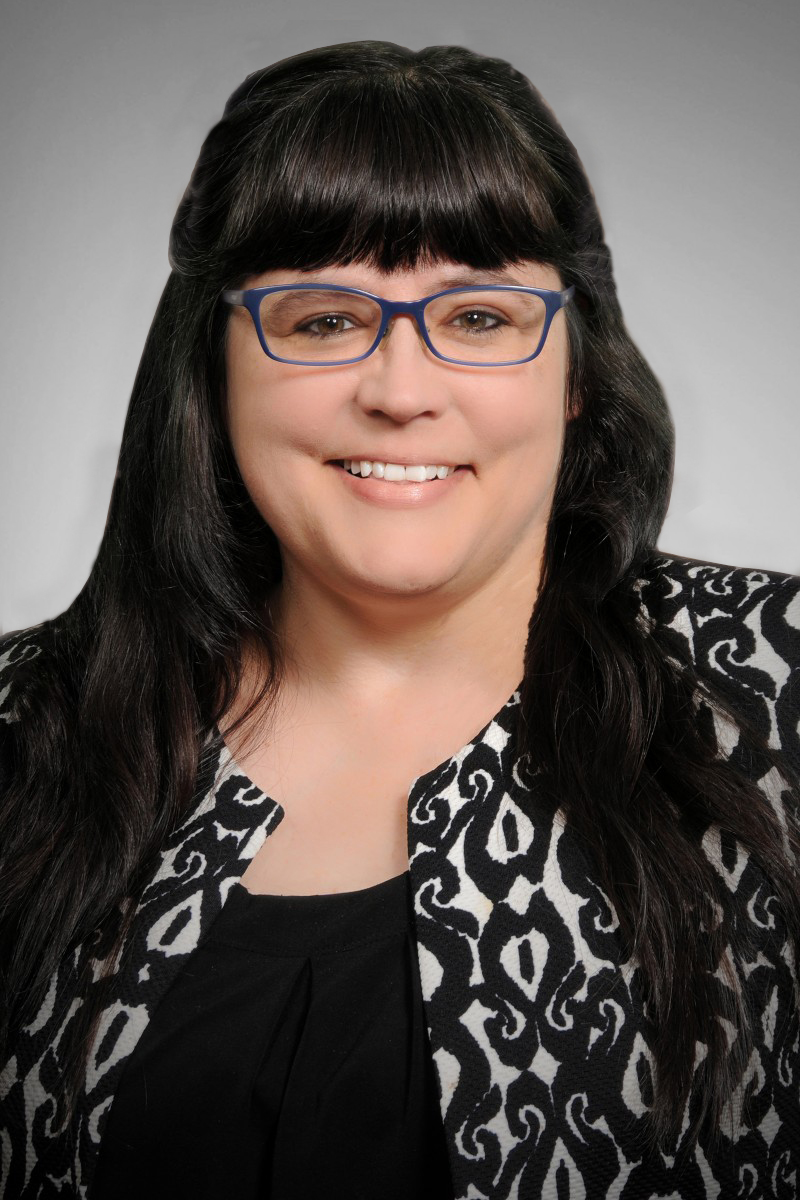 Stephanie Weatherly, Board Certified Psychiatric and Mental Health Nurse joined PMC in 2015 as the Chief Nursing Officer. In 2019, Stephanie became Chief Clinical Officer and is responsible for clinical oversight of all PMC services.

Stephanie’s career experience in healthcare began with laboring mothers and quickly evolved into clinical leadership in a variety of settings including care for the adult and geriatric populations. After years of directing clinical care in individual care settings, Stephanie branched out into the oversight of multiple care facilities. Her career then took her into the inpatient hospital setting and psychiatric care management, which included becoming the director of nursing for one of the most recognized behavioral health centers in the country. Stephanie also has an extensive background in regulatory and quality management. She has been integral in moving multiple facilities from a medical model to a more patient-centered approach.

Stephanie has a passion for individualized, patient-centered care. She teaches individuals, families, care providers, and clinicians about dementia and how to care for those suffering from the disease. She has dedicated her life to advocating for vulnerable populations such as persons experiencing mental illness and those people suffering from dementia.

Stephanie holds a BSN from University of South Carolina and a MSN from Western Governors University. In May 2018, she was named Secretary for the Tennessee American Psychiatric Nurses Association. 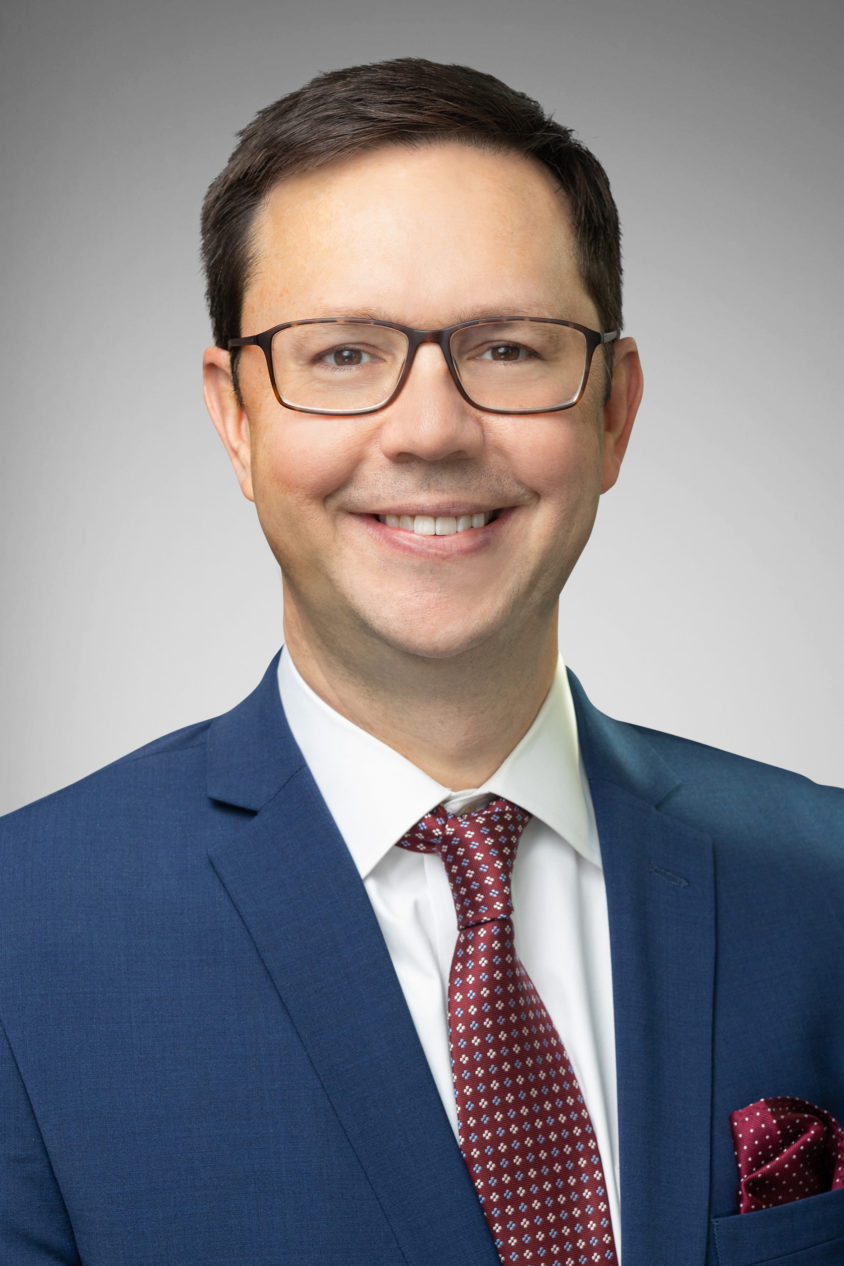 John Robert “J.R.” Greene, FACHE, is the Chief Executive Officer of Psychiatric Medical Care (PMC), a behavioral healthcare management company headquartered in Nashville, TN. In June 2009, J.R. became CEO and transformed the company into one of the key innovators within the behavioral health inpatient and outpatient markets with operations across the United States.

Prior to his career in behavioral healthcare, J.R. worked over 14 years in the consumer goods industry for some of the most respected companies in the world. He held leadership positions in marketing and sales with the Coca-Cola Company, Procter & Gamble, and Revlon.

He brought this consumer knowledge, along with his business acumen expertise, which earned him a Fortune 500 Company honorary recognition, to PMC. The company is now a leader in behavioral healthcare within rural communities.

In addition to appearing on numerous educational television programs, J.R. served on the Advisory Board for Young Musicians Foundation, Junior Council Member for National History Museum, Advisory Board for School on Wheels, and Board of Directors for the Maple Counseling Center. He currently is a member of several State Hospital Associations, the American College of Healthcare Executives, the National Rural Health Association, the Association of Ambulatory Behavioral Healthcare and a faculty member at the University of Tennessee Health and Science Center. He is also an Eagle Scout.

J.R. graduated from the Nashville Health Care Council’s Class of Fellows in 2017. That same year, he received the Healthcare Hero Award from the Nashville Business Journal. The publication also nominated him for the Most Admired CEO and Their Companies recognition. In 2018, J.R. was elected a member of the Nashville Zoo Board of Directors. He holds a BBA from Texas Christian University, Fort Worth, TX, and an MBA from the University of Tennessee, Knoxville, TN. 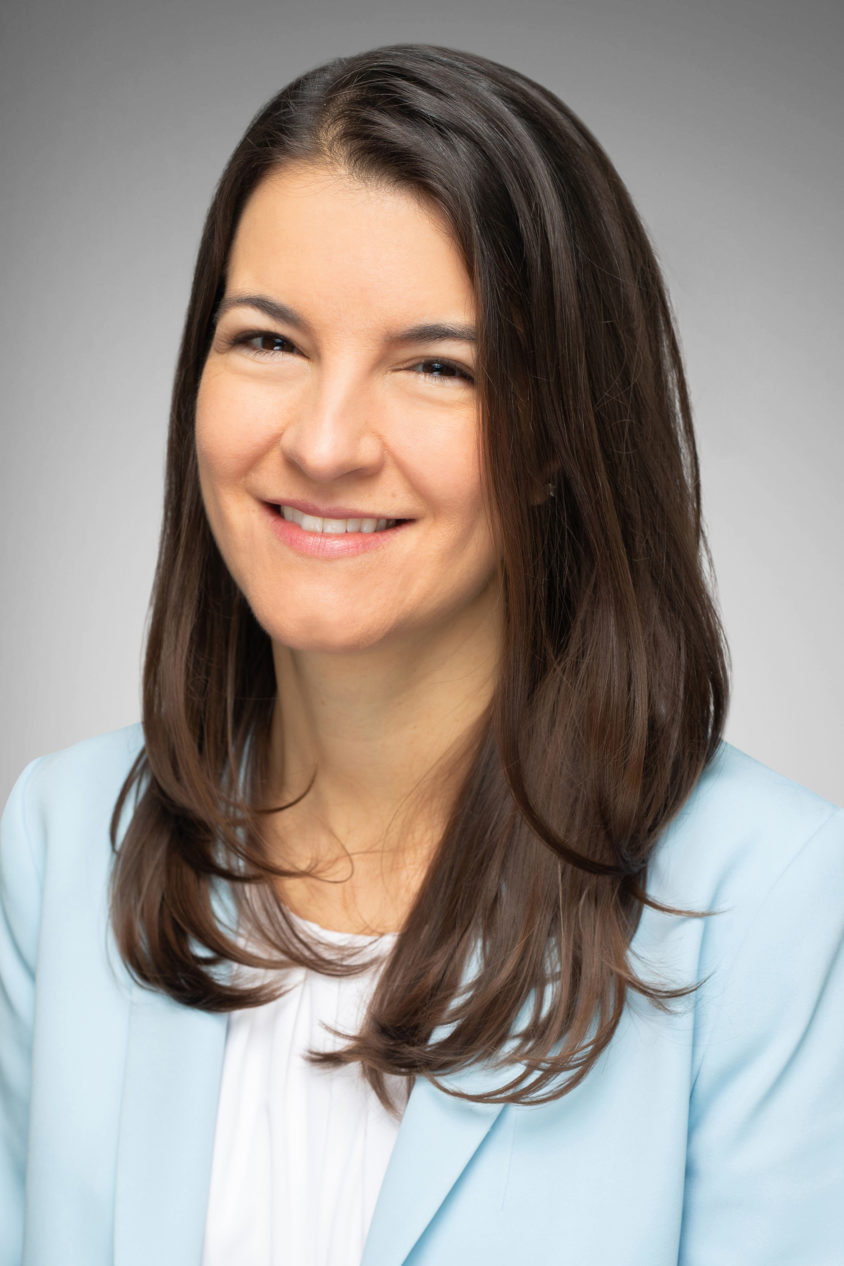 Lynsey earned her B.S. in psychology and sociology from the University of Missouri in Columbia, MO, and her master’s degree in healthcare administration at Des Moines University in Des Moines, IA.

Passionate about serving older adults, Lynsey has dedicated the last 10 of her 16 years in behavioral health to geriatric care. She is enthusiastic about identifying individuals who may benefit from the multitude of services provided by Senior Life Solutions and its team members. 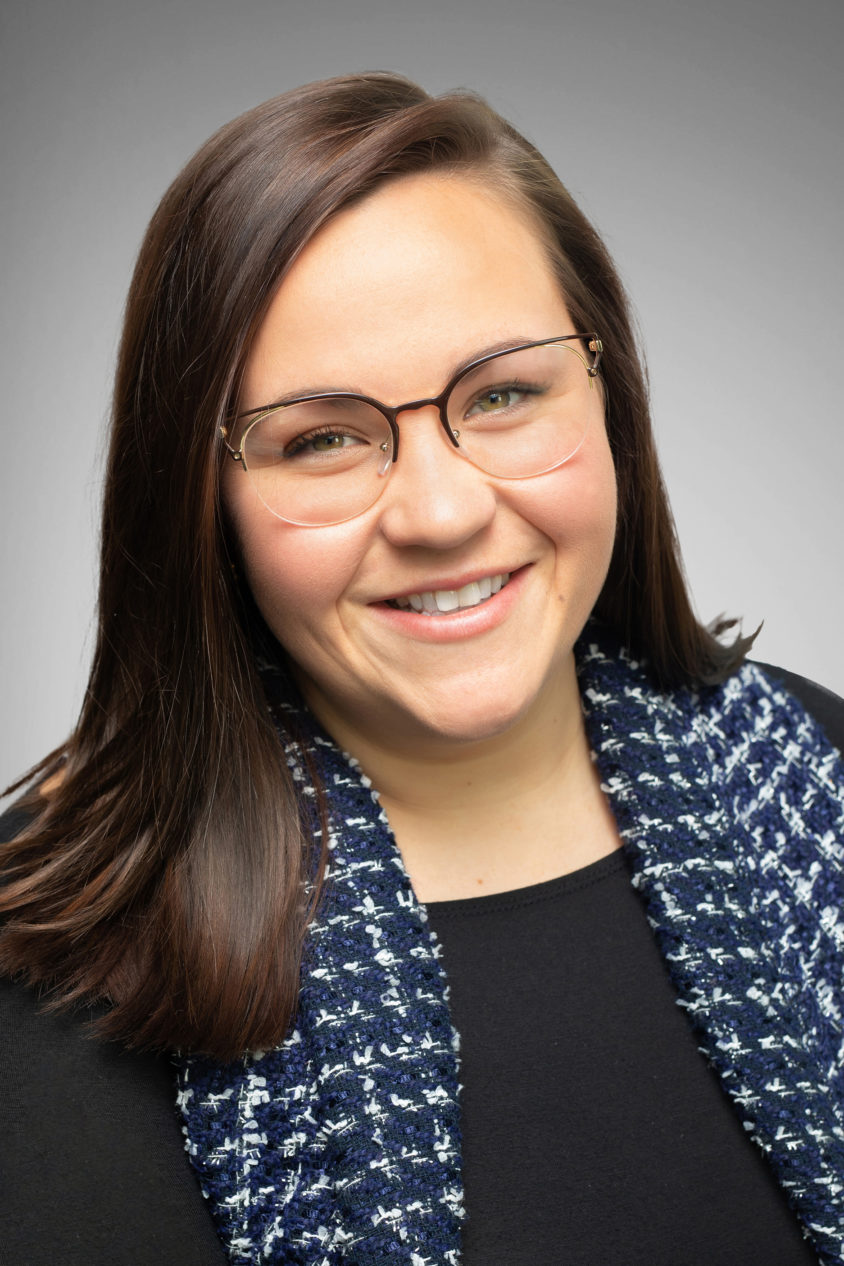 Molly began her employment with PMC as a therapist at Senior Life Solutions in Osage, IA. Molly comes to PMC with experience in working with individuals in mental health and wellness. Most recently, she was the regional therapist where she worked with five different regions securing PRN coverage, supervising and training PRN therapists, credentialing the PRN therapists at their designated hospitals, and providing PRN therapy coverage for Senior Life Solutions.

Molly earned her Master of Social Work from the University of Northern Iowa in Cedar Falls, IA and is a Licensed Independent Social Worker. 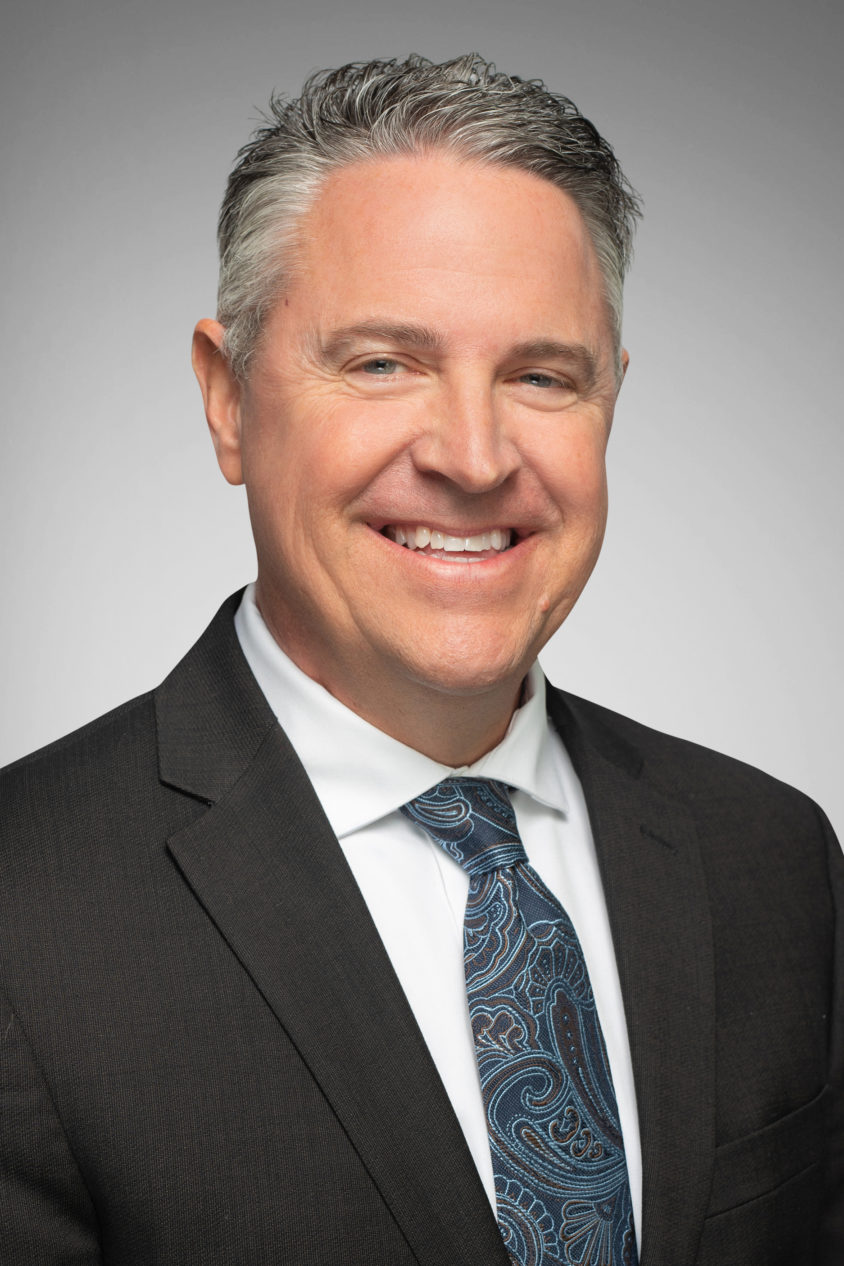 Bobby joined PMC as Business Development Director in 2019. He was CEO of eMedDox, a company based out of Little Rock, AR, who specializes in domestic medical transcription and full medical document services that enhance patient care and boost productivity in medical practices. While at eMedDox, Bobby was also accountable for all sales efforts to increase revenue.

Most recently, Bobby was a Program Director at Healogics, Inc. in Denver, CO. He was successful in managing outpatient wound care and hyperbaric centers while driving year-over-year new patient growth, building profitability, and leading a high functioning team. In addition to this position, he held numerous development manager and program director positions over the course of his career with a proven track record of generating new business. 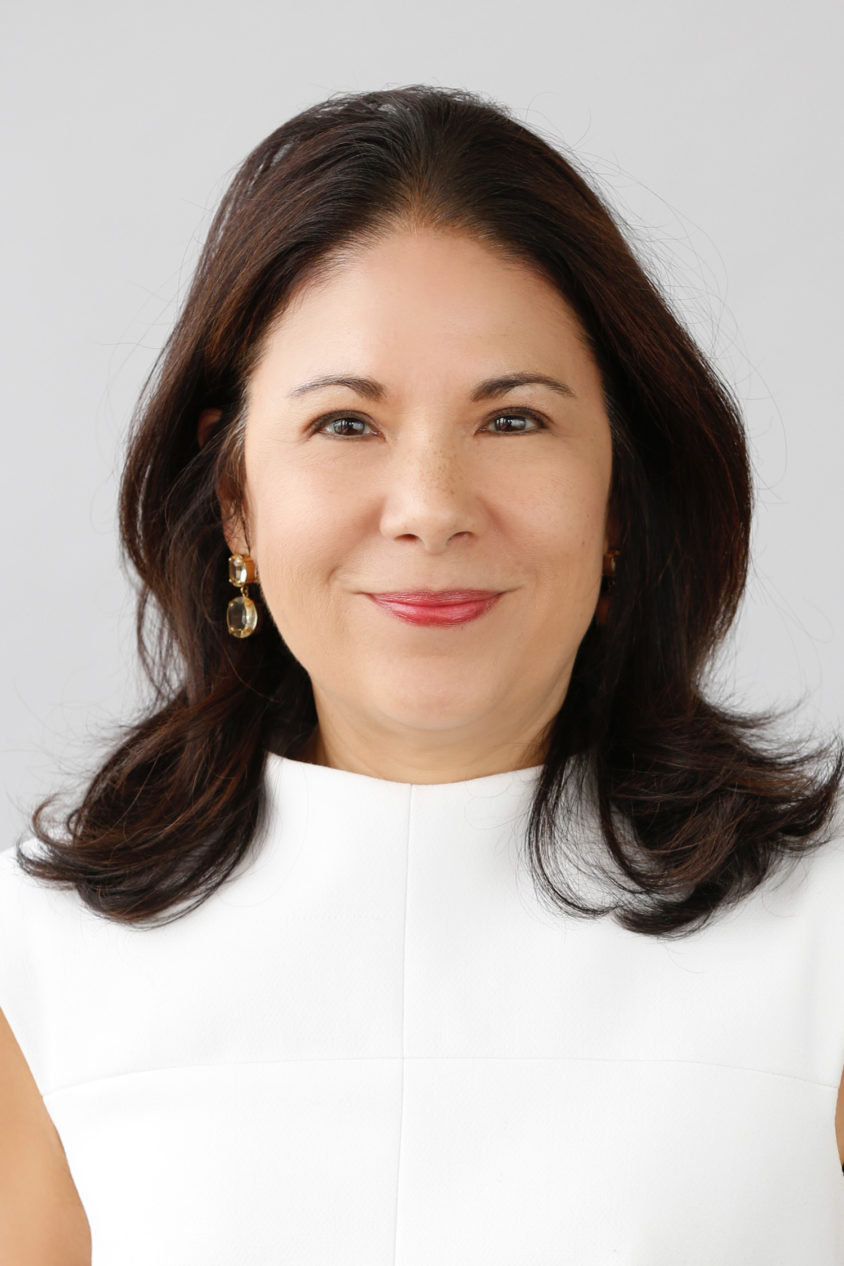 Nancy-Ann DeParle is a partner and co-founder of Consonance Capital Partners, a private equity firm focused on investing in innovative health care companies in the lower middle-market. She is also a director of CVS Caremark, HCA Health, and Enclara Healthcare and served on the board of KEPRO. From 2011-January 2013, she was Assistant to the President and Deputy Chief of Staff for Policy in the Obama White House. A health policy expert, DeParle previously served as Counselor to the President and Director of the White House Office of Health Reform. She spearheaded President Obama’s successful effort to enact the Affordable Care Act and managed the initial implementation of the law.

From 2006-2009, DeParle was a Managing Director of CCMP Capital Advisors, a private equity firm, and a senior advisor to its predecessor, JPMorgan Partners, LLC. She was also a Senior Fellow at the Wharton School of the University of Pennsylvania and a trustee or director of several corporate and non-profit boards. From 1997-2000, DeParle was Administrator of the agency now known as the Centers for Medicare and Medicaid Services (CMS). She directed Medicare, Medicaid, and State Children’s Health Insurance (SCHIP), which provide health insurance for more than 105 million Americans at an annual cost of $870 billion. Earlier in her career, she served as Associate Director for Health and Personnel at the White House Office of Management and Budget (OMB), and as Commissioner of the Tennessee Department of Human Services. 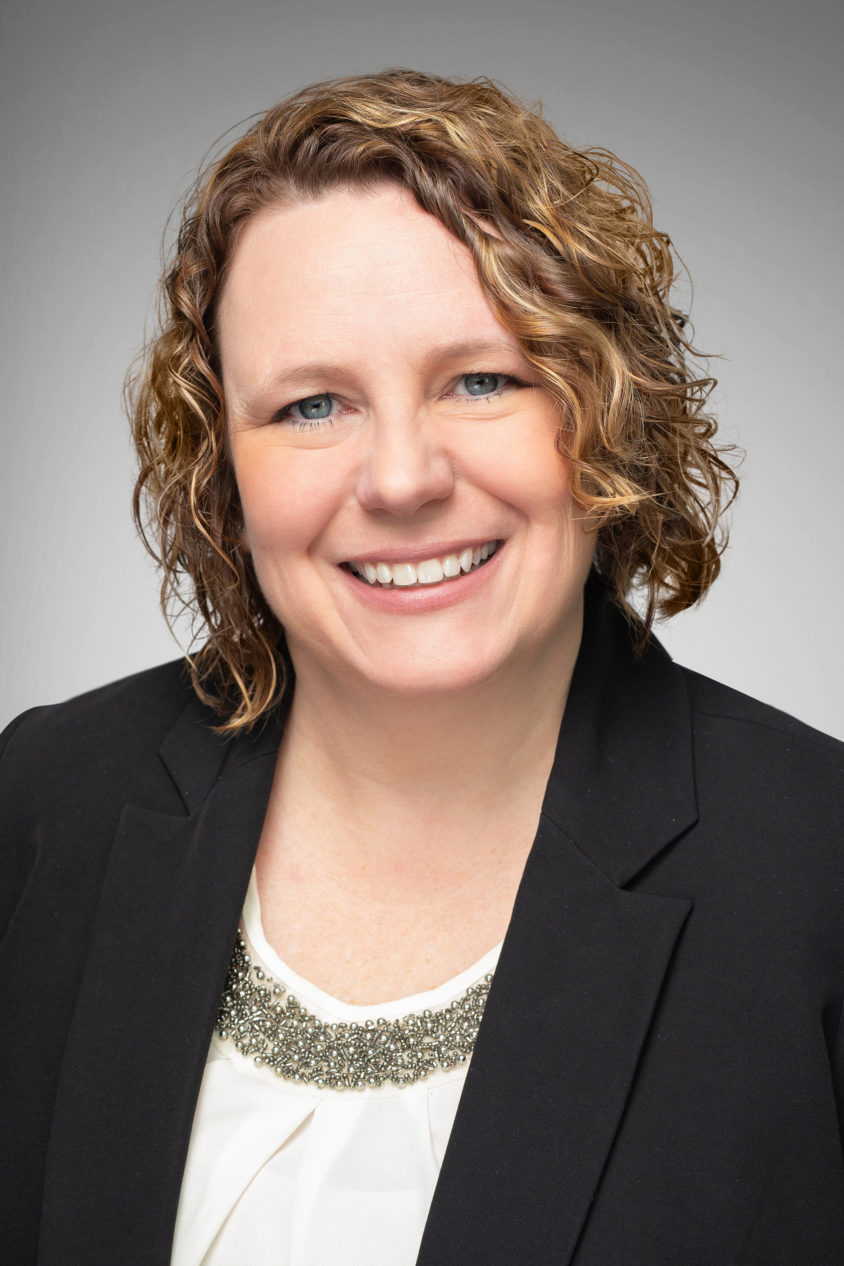 Rhonda McGraw, BSN, RN, Regional Director, provides clinical and operational oversight to programs throughout the Kansas City Region. Rhonda joined PMC in 2015 as a program director and opened the first Senior Life Solutions program in the state of Kansas.  The experience gained as both program director and trainer for new programs deepened her knowledge of operations and prepared her to further support the region. 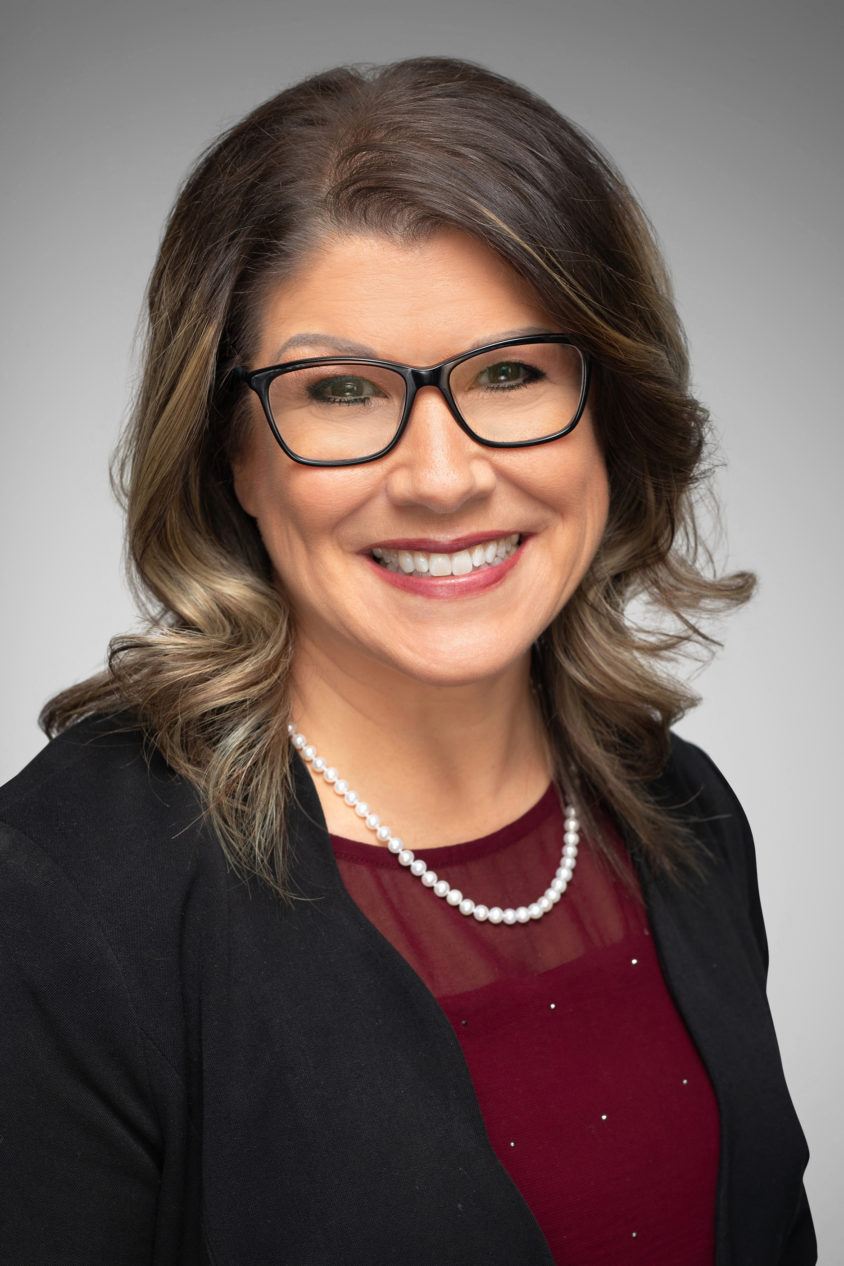 Faith Trussell, Board Certified Psychiatric and Mental Health Nurse, joined PMC in 2013 as program director for a Senior Life Solutions program in Missouri. She led the program from its opening to a thriving two-track program that was named Western Region Program of the Year in 2015 and National Program of the Year in 2016. She trained many Senior Life Solutions teams and corporate staff at her site, and created a standardized orientation process for all new PMC staff. In 2017, she joined the corporate clinical team, and in 2018 became the Clinical Services Director. She is responsible for training and ensuring clinical compliance in all PMC intensive outpatient programs.

Faith’s healthcare experience is rich and varied. Early in her career, she provided healthcare services to people in the mountains of Bolivia, South America, where she lived for eight years. Upon her return to the U.S., she worked as a wound care nurse in Long Term Care, and as a CNA/CMT instructor. She also taught high school health for several years along with Spanish, Drama, Choir and other classes, but discovered her calling in 2009 when she began practicing psychiatric nursing.

Faith holds a BSN from MidAmerica Nazarene University and is currently pursuing a Master of Science degree in Nursing Administration and Leadership at Aspen University in Denver CO. She is also a certified Compassion Fatigue Professional.